What we must understand from ‘Miracle’ 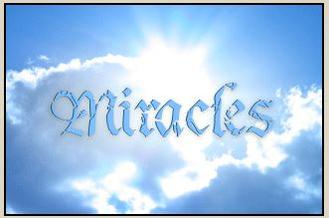 A miracle is an extraordinary accomplishment which God Almighty brings about at the hands of a Prophet in order to prove his Prophethood, strengthen the faith of believers, and to break the obstinacy of unbelievers.

The universe operates according to fixed laws that God has determined. But for these laws and the uniform character of natural events, everything would be happening in a continuously changing, unstable flux and we could therefore not have found out the Divine laws of nature or realized any scientific developments. Although recent discoveries in atomic physics have made it clear that whatever exists is a wave in continuous motion and therefore it is not possible to say that a second later its existence will be in the same state as it is in now, on the surface everything occurs according to the principles which the ‘classical’ or Newtonian physics established.

Normally, life has its own laws according to which we behave. We need certain amount of food and water to satisfy our hunger and thirst and go to a doctor when we are ill. We use animals to do certain kinds of labor for us but we cannot talk to them. Trees are fixed in their places and neither they nor stones and mountains give us greetings. We act in conformity with the laws of gravitation and repulsion and we do not attempt to rise upwards into the sky without first making calculations based upon those laws.

God is not dependent on or bound to any “natural” laws

All these and other laws are for us; but for them, as we pointed out above, life would be impossible for us. However, since it is God Who has determined them, He is not dependent on or bound to any of these laws at all. Therefore, He may sometimes annul any of these laws or change the ordinary flux of events and create an ‘extraordinary’ occurrence at the hands of a Prophet, either to provide a proof for his Prophethood or to show that He is is able to do whatever He wills at whatever time He desires. We call such an occurrence a ‘miracle’. The original word in Islamic literature translated as miracle is mu‘jiza, which literally means something which makes others unable to produce a like of it. If God creates such an occurrence at the hands of a saint, not a Prophet, then it is called karama, meaning, literally, an ‘extraordinary favor’. These favors constitute another proof for the Prophethood of Muhammad, upon him be peace and blessings, and the truth of Islam.

Examples of the predictions of some saints

There are innumerable karama God has created at the hands of Muslims. One kind of these consists in foretelling future events. For example, although having died almost half a century before the establishment of the Ottoman State, Muhyi al-Din ibn al-‘Arabi wrote in his Shajarat al-Nu‘maniyya about the Ottomans and predicted the conquest of Damascus and Egypt by them. He also wrote that Murad IV would march upon Baghdad and conquer it after a siege of 41 days, and that Sultan ‘Abd al-‘Aziz would be killed by cutting the veins of his wrists. Again, he writes in his work mentioned: ‘When “S” enters “SH”, the burial-place of Muhyi al-Din will be discovered.’ Using symbols in his predictions, by ‘S’ he means ‘Selim’, and by ‘SH’, Sham (Damascus). Like his other predictions, this one also came true when the Ottoman Sultan Selim I conquered Damascus, he had Ibn al-‘Arabi’s burial-place discovered and ordered a tomb to be built on it. 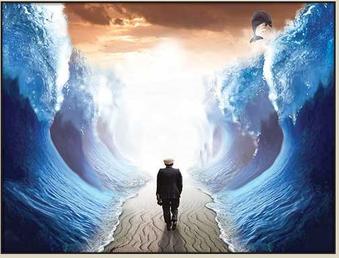 As another example, Mushtaq Dada from Bitlis, an eastern province of Turkey, predicted seventy-one years before in verse that after many wars and convulsions Ankara would be the capital city of Turkey. Interestingly enough, Mushtaq Dada gives the name of the one who would change the capital city from Istanbul to Ankara. When you combine the initial letters of the lines of Mushtaq Dada’s piece of verse, you will read the name Kamal.

All of the Prophets were favored with miracle-working

God Almighty favored all His Prophets with miracle-working. However, since all the previous Prophets were sent to a certain people and their Prophethood was restricted to a certain time and people, the miracles they worked pertained to the arts or crafts widespread in the time of each. For example, since at the time of Moses, upon him be peace, sorcery enjoyed great prestige in Egypt, God Almighty favored Moses with a ‘staff’ which would change into a snake which swallowed all the products of sorcerers. Likewise, at the time of Jesus, upon him be peace, the healing arts enjoyed great prestige and most of the miracles Jesus worked pertained to healing.

The miracles of the noble Prophet, upon him be peace and blessings, are very diverse. Since his Messengership is universal, he was distinguished by miracles that are connected with nearly all species of creation. When the aide-de-camp of a glorified ruler enters a city, bearing diverse gifts, a representative from each of the different peoples of that city welcomes him cheerfully, each in his own language. In the same way, when the supreme Messenger of the Eternal Sovereign honored the universe as an envoy to the human inhabitants of the earth, bringing from the Creator the light of truth and spiritual gifts that are related to the truths of the whole universe, he was welcomed as the Prophet by each species-from mineral elements to plants, animals and human beings, and from moon and sun to stars-in its own language and bearing one of his miracles. It would require many volumes to mention all his miracles.

The majority of the Prophet’s miracles, numbering about one thousand, were related, first, by a group of Companions and then by numerous reliable narrators and authorities, and were recorded in authentic books of Tradition. As for the rest of them, although they were related each by one or two Companions, they must also be indisputable, as they later acquired unanimity by being accepted as truth by reliable authorities and narrated by more than one chain of transmission. In addition, most of those miracles occurred in the presence of great gatherings, either during a military campaign or a wedding ceremony or on similar occasions like a feast, and one or two of those present related the miracle and the others confirmed him by keeping silent. Therefore, the miracles recorded in authentic books of Tradition are indisputable and it is impossible to deny or reject them.

Every word, act and state of the noble Prophet, upon him be peace and blessings, bears witness to his Prophethood and his faithfulness, but not all of them need necessarily be miraculous

Every word, act and state of the noble Prophet, upon him be peace and blessings, bears witness to his Prophethood and his faithfulness, but not all of them need necessarily be miraculous. For the Almighty sent him in the form of a human being so that he could be a guide and leader to human beings in all their individual and collective affairs, through which they can attain happiness in both worlds, and so that he could disclose to human beings the wonders of God’s art and the works of His Power, each of which is, in fact, a miracle although it appears to us ordinary and familiar. If he had been extraordinary in all his acts, then he could not have been a guide to human beings and instructed them through his words, acts and attitudes. He was, however, provided with some extraordinary phenomena to prove his Prophethood to obstinate unbelievers and so he occasionally worked miracles. But his miracles never occurred in such an obvious fashion as would have obliged people to believe as it were against their free will. For, in accordance with the test and trial that man is to undergo in the world, the way to truth must be shown to him without depriving him of using his free will. If the miracles had occurred in so apparent a way as to compel people to believe, without allowing them to use their own power of choice, then intelligence would have been left with no choice and there would have remained no meaning in testing man in this life and in his being the noblest of creation endowed with a free will and intellect.