THE SUFISM MESSAGES
Man’s greatest need today is for the exploration of the human personality, in order to find there the latent inspiration and power upon which to build the whole structure of his life. For life means not only to live, but to ennoble oneself and reach that perfection which is the innate yearning of the soul. The solution to the problem of the day is the awakening of the consciousness of humanity to the divinity of man. The undertone of all religions is the realization of the one life which culminates in the thought of unity. 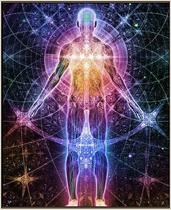 The work of the Sufi message is to spread the unity of religion. It is not a mission to promote a particular creed or any Church or religion; it is a work to unite the followers of different religions and faiths in wisdom, so that without having to give up their own religion they may strengthen their own faith and focus the true light upon it. In this way a greater trust, a greater confidence will be established in mankind.

When the message of God has been given to the world, there was a certain peculiarity in the way it was presented to the world because every messenger was made fit for his own time, and his message suited to that particular time. But behind it all there is one Truth, and one Divine Wisdom in all religions. 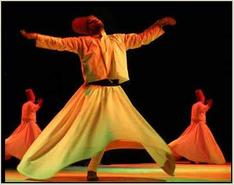 The message, whenever and at whatever period it came to the world, did not come to a certain section of humanity; it did not come to raise only some few people who perhaps accepted the faith, the message, or a particular organized church. No, all these things came afterwards. The rain does not fall in a certain land only; the sun does not shine upon a certain country only. All that is from God is for all souls. If they are worthy, they deserve it as their reward; if they are unworthy, they are the more entitled to it. Verily, blessing is for every soul; for every soul, whatever soul, whatever be his faith or belief, belongs to God.

What is the message of Sufism? Sufism is the message of digging out that water like life which has been buried by the impressions of this material life. There is an English phrase, “a lost soul”. The soul is not lost; the soul is buried; when it is dug out then the divine life springs out like a spring of water.

The message is not for one nation, race, or community; it is for the whole of humanity. Its one and only object is to bring about a better understanding between the divided sections of humanity by awakening their consciousness to the fact that humanity is one family.

What is religion? Religion is a lesson which teaches the manner of living right and reaching the object for which we are born. This religion has come time after time to the world, through those who have brought the message of God. Those who came with this message of religion have given it in diverse forms, in accordance with the evolution of the people at that particular time, but the religion was one and the same. There never has been any other religion than one, for God is one, truth is one, and so religion is one. If there is any difference, it is a difference of form, not of the soul. It is the same water, pure water, perhaps filled in several pitchers. One pitcher is made in India, the other in China, the other in Arabia, perhaps the other in the western world. It is like a stream which comes through the fountain and falls in various streams, but it is one and the same stream.

Those who have benefited by the life and the Message of the Divine Message Bearers are not necessarily the followers of their Message, but the imitators of their life; for they have not followed the teaching only, but followed the Teacher, who is the living example of his teaching. All the ancient traditions of the religious evolution tell us how those around the Prophets have benefited by the imitation, rather than by following the strict laws and by arguing upon the differences between the laws.

What is true will sound itself in every heart, sooner or later. Whether the heart is not ready yet, or little ready, or fully ready, as the sound will re-echo through a gong, so the truth will echo through hearts. The Message of God is the Truth that must echo sooner or later through the heart, and no claims, no proclamation, no recommendations, no pleadings will make anything true which is not true.

The Sufi Message…does not bring theories or doctrines to add to those already existing, which puzzle the human mind. What the world needs today is the message of love, harmony, and beauty, the absence of which is the only tragedy of life. The Sufi Message does not give a new law. It wakens in humanity the spirit of brotherhood, with tolerance on the part of each for the religion of the other, and with forgiveness from each for the fault of the other. It teaches thoughtfulness and consideration, so as to create and maintain harmony in life; it teaches service and usefulness, which alone can make life in the world fruitful and in which lies the satisfaction of every soul.

The Sufi Message is not a Message of a particular creed, it is the Message of understanding life better. And the question how can one attain to it, is to be answered that it is not one day’s work, or two days’ work. It is the work of a whole life.

The Message is to make man conscious of the words in the Bible, where it is said “We live and move and have our being in God”, to realize this and recognize the brotherhood of humanity in the realization of God.

The Message is a call to those whose hour has come to awake, and it is a lullaby to those who are still meant to sleep. 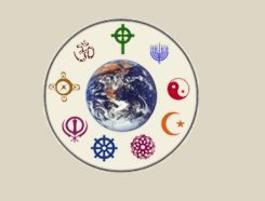