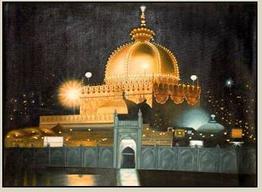 It is a well established historical fact that in spreading the ethical and spiritual values of Islam, major and effective works have been Made by the Walis of ALLAH (saints). It was their humanistic grade, and piety which won over the hearts of millions of people. They made a direct contact with the masses served and loved them, lived with them in the realization of Eternal Truth. The proof of this is more than evident from the history of growth of Islam in India. Although Islam had made major growth in this subcontinent of India in the first century of Hijra, but the noble task of inspiring the people to its tenets and values in India was accomplished by Hazrat Khwaja Moinuddin Chishty (R.A.) popularly known as Khwaja Saheb and Khwaja Gharib Nawaz. He is Greatly called “Sultan-Ul-Hind”. He did it all through his great moral power, glorious and appealing character, with love and dedication to mankind, without any worldly resources of wealth, power, force and material means. 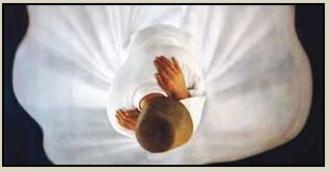 Khwaja Baba was a scholar a great repute. He interpreted the true Islamic message of love for mankind and through that, the love for the Almighty creator. He preached the Quranic philosophy of the unity of religion and worked out its potentialities for the whole humanity. He was the greatest mystic of his time. He laid the foundation of the liberal Chishtia order of Sufis in India, and inspired millions of souls to be his followers and thus served the masses of the Indian Sub-continent.

The Holy life and  Holy mission of Khwaja Saheb have been of an exceptional character as compared with any other saint in India. His simple teaching penetrated even stony heart, his affectionate look silenced the fiercest of his enemies. His matchless piety and blessings knew no distinction and his “spiritual power”, amazed and did defied his bitterest adversaries who came to harm him but were inspire to embrace Islam and become his devotees for rest of the life. He brought the message of universal love and peace. He chose the way of non-compulsion in the true spirit of holy Quran he says : “Let there be no compulsion in religion, will thou compel men to become believers? No soul can believe but by the persuasion of Allah”. Khwaja Moinuddin Chishty (R.A.) followed this dictum strictly throughout his mission. It is because of this reason that he is popularly known as ‘ Gharib Nawaz’  which means the one who shows kindness to the poor. This was later reinforced by succeeding Chishtia Sufis, who became religious pioneers in national integration in the country. They fulfilled the objective of bringing together various castes, communities and races, elevating the humanity from the morass of materialistic concerns, which is the bane of mankind even today.

The teachings of Khwaja Baba have been recorded in several books on mysticism. The Aroma of his teaching is :-

Closest to Allah is one who possesses the following three qualities:
(1) Magnanimity of the river
(2)  Kindness of the sun
(3)  Humility of the Earth

Noblest of the characters is possessed by the one who is:

SACRED SAYING
(1). Without performing “Namaz”, none can approach ‘ALLAH’ (God), because ‘Namaz’ is the climax (Mairaj) in the process such approach for pious.
(2). If all the rules of Namaz  were not followed properly, it is struck back on the face of him who offers such a Namaz.
(3). The heart of a lover (True lover of ALLAH) constantly burns with the fire of love so much so that what ever intrudes upon its sanctity is reduced to ashes.
(4). A sin committed does not harm an individual so much as the looking down upon one’s own fellow beings.
(5). Of all the worship that pleases Almighty ALLAH, the best is the grant of relief to the humble and the oppressed.
(6). Performance of charity is the key of attaining the state of generosity.
(7). One who does not perform devotion to ALLAH is engaged in the career of attaining a sinful earning.

(8). There are four fundamental virtues of the individual self :
1.       Refraining from begging in the state of penury (poverty).
2.       Showing the attitude of the well-fed when feeling hungry.
3.       Maintaining cheerfulness in the time of sorrow.
4.       Befriending in the enemy.

(9). That man is true devotee of Almighty Allah, who resigns with pleasure to the misfortune that comes from his beloved (Almighty ALLAH).
(10). The path of love of ALLAH is such a path that who so ever steps into it, loses himself.
(11). For a follower of the path of truth it is worse than a sin to disdain or look down upon any one.
(12). Those who are true Lovers of ALLAH give away both of the worlds for the sake of their Beloved ALLAH and even then feel that they have done nothing worthy.
(13). Perfection in faith is evident by three things:   Fear, Hope , Love .