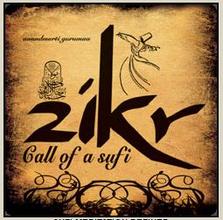 People in all walks of life are searching for happiness, peace and tranquillity. Black & white,  young & old  each and every person wants to be at peace.

“Verily! Only in the Zikr of Allah will your heart find peace.”
Quran (Surah 13: Verse 28)

Zikr, pronounced Dhi-kar, means remembrance. It is often associated with Allah to mean “Remembrance of Allah”. It is one of the important part of Meditation in Sufism along  with Obligatory 5 Daily prays., Islamic devotional act, typically involving the repetition(mostly refer to reciting or chanting) of the Names of God, supplications or formulas taken from hadith texts and verses of the Qur’an. Dhikr is usually done individually, but in some Sufi orders it is instituted as a ceremonial activity. 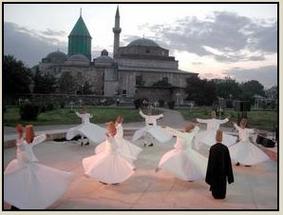 Essentially, the practice of ziker is a form of prayer in which the Muslim will express his or her remembrance of God either within or overtly; this may come in the form of recitation, lyrical chanting, or simply always remembering God in one’s heart. In tasawwuf (Islamic mysticism or Sufism) Ziker is most likely the most frequent form of prayer. Among the orders of Muslims that practice Ziker, there are some who advocate silent, individual prayer, while others join together in an outward, group expression of their love for God. 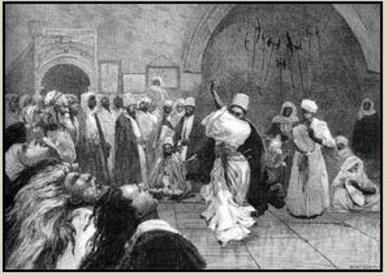 Dhikr is given great importance by some Sufi writers, among them is Najm-al-Din Razi who wrote about Ziker in the context of what it combats. In contrast to the virtues of remembrance, Razi uses the perils of forgetfulness to show the importance of Ziker. The soul and the world are veils that make people forget God. 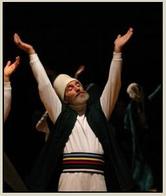 Dhikr is the means by which Stations yield their fruit, until the seeker reaches the Divine Presence. On the journey to the Divine Presence the seed of remembrance is planted in the heart and nourished with the water of praise and the food of glorification, until the tree of dhikr becomes deeply rooted and bears its fruit. It is the power of all journeying and the foundation of all success. It is the reviver from the sleep of heedlessness, the bridge to the One remembered

Many Muslims perform dhikr as a form of private and silent worship. Additionally, as Qur’anic recital is viewed as the best form of dhikr, many Muslims engage in is the collective recital of the Qur’an. This is particularly common in North Africa and has resulted in a very high level of memorization amongst the common people.

Known also as Tasbih, these are usually Misbaha (prayer beads) upon a string, 99 or 100 in number, which correspond to the names of God in Islam and other recitations. The beads are used to keep track of the number of recitations that make up the Ziker.
When the Ziker involves the repetition of particular phrases a specific number of times, the beads are used to keep track so that the person performing Ziker can turn all of their focus on what is actually being said – as it can become difficult to concentrate simultaneously on the number and phrasing when one is doing so a substantial number of times. 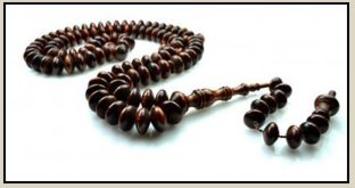 What is a Wazaif ?

Wazaifa is the Sufi practice of reciting and meditating on some or all of the 99 names of Allah.

The qualities of God, which in Universal Sufi terms are the aspects of Nature, can be evoked, understood, felt, and seen through the repetition of Wazaifas, the Divine Names and Attributes of God. This is done either aloud or in silent thought, and the Sufi’s only duty in this regard is to simply hold the quality itself up so that his or her consciousness can perceive it. Cherags, initiators and dance leaders must learn how to use wazaif as a psychological prescription to meet the needs of the individual Sufis or groups of Sufis who are their mureeds. Each mureed must learn to recognize divine attributes, both their place in nature and their function in the self and in others. The repeated phrases which follow some of the daily prayers are Wazaif.

Essential to the progress of the follower of a shaykh towards the rending of veils and victory over this illusionary world is consistent and daily Sufi Meditation.
Sufi Meditation is synonymous with the technical Sufi term which translates to “Noble Connection” and has always been a central practice of Islamic spirituality—Sufism.  This science of contemplation is the subject of an entire section in the works of Imam Ghazzali (q), and it has always been a core practice of the Masters of the Sufi Order.  Sufi Meditation may also be seen as synonymous with the more general practice of meditation that is so central to many of the Eastern spiritual traditions, the goal of which has always been the fusion of the individual back into the oneness of the Universal Reality. 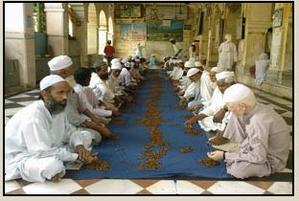 The default condition of mankind is immersion in the illusion of this world.

For the uninitiated, that illusion is reality—the material world of the senses is all that exists.  However, as we progress along the path of spiritual development, our understanding of reality changes.  We learn that this world is completely unreal.  We come to understand that there is another reality—an authentic reality—behind this realm of illusion, a reality from which we are veiled, but which, nonetheless, is the only reality that really matters to us.

Once we reach this level of understanding, once we come to accept the illusory nature of the world around us and begin to discern the reality that lies behind it, we begin searching for a doorway through which we can pass out of this realm of delusion into the realm of realities.  Sufi Meditation is that doorway.

Through Sufi Meditation, we detach ourselves from this false world and immerse ourselves in reality.  Only by cutting ourselves off from the unending onslaught of the senses, by tuning out the distractions of this world, can we hope to escape from its tyranny and oppression.

We must recognize that there is no special reward for doing what is required.  If we perform the daily prayers, pay the poor-tax, fast , and make the pilgrimages, we will only have done what our Lord commanded—thereby, God-willing ensuring our salvation in the next life.  But there is no trophy for completing these basic requirements.  There is no trophy for fleeing from a burning building—the one who escapes the fire by virtue of that fact alone.  If we want greater rewards than that we must look farther.  Those who want to reach higher stations must work harder.

Endless treasures await those who strive towards their Lord, but each treasure has its key that must be unearthed.  Performing supererogatory devotions, praying extra prayers, and making remembrance of God and recitation of His Names and recitations of prayers (all such remembrance and recitation is referred to under the general Sufi term of “remembrance” or dhikr) are all keys that unlock such secrets.  But the most important key, the one that unlocks the door to the Divine Presence, is Sufi Meditation.
All prophets came to their peoples urging them to see beyond this world to the heavenly plane beyond this life.  But we cannot enter into this new world without leaving the old one behind.  First, we must extricate ourselves from the tangled web of ego and attachments that binds us here.  This act of extrication is referred to as “negation.”  When we manage to negate ourselves, when we manage to die before we die, then we enter fully into the world of realities.

Sufi Meditation is the first step on this path of self-negation.  The practice of Sufi Meditation has no rational explanation in the terms of this world because in its essence it is a negation of this world.  It is based on spiritual rather than material principles—chief among being the existence of two types of sight which function simultaneously in each person.

Principles of Sight
One form of sight is limited and requires a medium in which to function.  The other is unlimited, functioning independently of any medium.
The medium within which the first form of sight functions is physical space.  This form of seeing can only perceive that which exists in the dimensions of physical space.  Even within those dimensions, it is extremely limited.  For example, it can only detect that which reflects or emits wavelengths of light within a narrow band of the electromagnetic spectrum.

It cannot perceive very small objects without the aid of special mechanical or electronic aids.  It can only encompass objects with an unobstructed line to the person who sees.  This mode of seeing also relies on the physical activity of the eyes to transmit the images they perceive onto the screen of the mind.
The other form of seeing is free of such limitations, and functions on the plane of heavenly realities.  The images it apprehends are projected directly onto the screen of the mind without the intervention of external organs.  It is this mode of sight that functions during Sufi Meditation.

It is advised the individual does not consider taking part in repetitive Ziker without becoming an Allegiance (Bait) with a Murshid, Peer Sahib, Shaykh (Spiritual Guide) as otherwise you may find you attract Negativeness.

Ziker is not Child play, You need a Spiritual Guide to prescribe the correct Words of Wisdom for you to do Ziker this can be different for each individual. At a minimum the individual intending to commence in Ziker is strongly advised to at-least have Ijazah (Permission) off a Sufi Master before commencing on Ziker…