The name Khadim comes from the Arabic word khadim meaning caretaker or custodian. They provide : 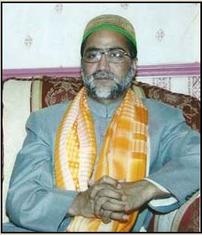 were born in July 1958 in Ajmer Sharif at Khadim Mollah (Quarter or settlement for Hereditary Khadims of the holy shrine of AJMER Sharif). 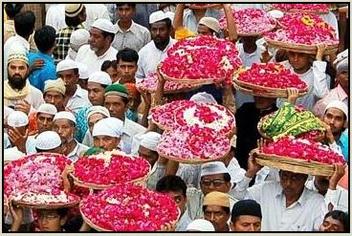 When they are at home they are on Khadim Duty, receiving & hosting guests to the shrine and ensuring all their requirements are met during their stay ( Pilgrimage) no matter what Race, Gender, Religion etc…etc…

The Junior members of the Syed family are also performing their part of duty albeit as a training phase for their ongoing Spiritual education to carry on the duties in the future, left by their Fathers & Forefathers before.

Haji Peer Syed Farough Ahmed Chishty Niazi have two Son’s
Haji Peerzada Khwaja Zafar Chishty & Peerzada Syed Azhar Chishty
The Khadims have also been judicially recognized. The documentary evidence in the ‘ Malfoozat’ (sayings) of Chishtia order and historical literature, Shahi Faramin, Sandals etc. (Imperial orders) Jagirs, honours and rewards conferred upon them from time to time not only by Muslim Rulers but also many Hindu Rajas and Christians of India, which was also conferred by the British Government during their succeeding regimes indicate that they are the real custodians of the shrines. As the whole management, control of all the affairs, inside the tomb (Gumbad Mubarak) of the shrine, are exclusively in their hands.
Although KHADIMS have faced a number of revolutions and changes of Government,  under all circumstances and worst political setup they kept themselves attached to the shrine and performed all their traditional duties and services.

They are also referred to as Mujavirs, Syedna, Sahibzadas, Khudma, Gaddinashins etc. by the devotees, and pilgrims, who pour all kinds of offerings (Nazar) upon them, in the name of Khwaja Moinuddin Chishti.

Khwaja Hussain Nagori has alluded these Khadims as equivalent to Ridwan (the doorkeeper of heaven), and this shows how great Saints of the time held the Khadims in high esteem and appreciated their role.

The keys of the Holy Shrine including the Toshakhana are in the custody of the Khadims since inception according to centuries-old Kalid Bardari system of our ancestors.

Only the Khadims have the privilege to open (after giving Azan at the doorstep of the Shrine) & close the doors of the Holy Shrine for centuries in religious & hereditary capacity.

Khadims are the only one entitled to take Zaireen (Pilgrims) for Ziyarat (Darshan) at the Holy Shrine, and they have the right to receive all kinds of Nazar & Niyaz (offerings) at the Holy Shrine (Mazar-e-Aqdas) of Huzoor Khwaja Gharib Nawaz (R.A.).

Undoubtedly, the Khadims, who have been attached to the Shrine since its inception, played a key role in the smooth functioning and in keeping strict discipline in the performances of these rituals and ceremonies. As a result, they often invited the ill-will and wrath of pilgrims and other officials. But their genuine concern and enforcement of established customs and rituals, showing strict adherence to the humanitarian approach of the Saint, was always upheld by the authorities.

Their right to serve the Shrine, to perform religious rituals and arrange spiritual functions and to receive all kinds of Nazars (Offerings) are hereditary and have also been judicially recognised. The documentary evidence are in the “Malfoozat” (sayings) of Chishtia order & historical literature, Shahi Faramin, Sanads etc. (Imperial orders) Jagirs, honours and rewards conferred upon them from time to time not only by Muslim rulers but also by many Hindu Rajas and Chieftains of India, which was also conferred by the British Government during their succeeding regimes.

For re-evaluating and re-assessing our rights by way of memorandum some relevant facts were put before Joint Parliamentary Committee for Waqf on 4th and 5th July 2002 for their just and due consideration which is as under:-

1. It is rather unthinkable for a moment that the Khadim community in this long checkered history of the institution has ever acted against the interest of the institution of the country, on the contrary, we have always contributed for the upliftment of the institution and also raised some structures in Dargah Sharif for the Zaireen (Pilgrims) from our own pockets. The Khadim community has kept the glorious traditions of secular character & composite culture of this institution alive for the last 800 years. Envy has got evil; thus false evidence is created or manufactured to discredit Khadims in general out of jealousy & obvious reasons.

The Khadims, with all their devotion, have all along been undisputed are first and foremost persons in attendance of the Holy Saint and later on with the Holy Shrine right from the very inception. Their ancient and intimate relationship with the institution is not only born out by the long uncluttered history but also recognised by the Sufi order of all Schools. Chishtia, Qadria, Naqshbandia, Soharvardia & so on.